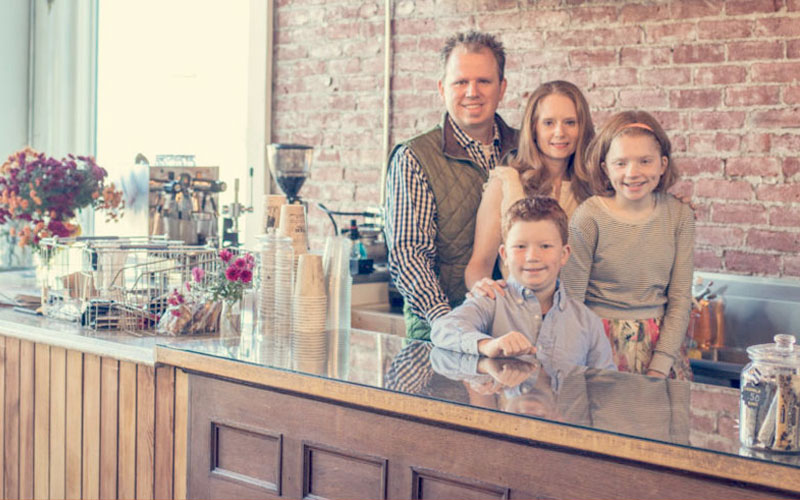 About an hour west of Spokane in Lincoln County, Harrington is a rural community with just over 400 people. In 2012 Lincoln County and NoaNet signed mutual inter-local agreements to locate NoaNet’s fiber optic hub in the County’s datacenter in Davenport. Harrington would become one of many communities whose library received a high-speed fiber connection following the American Recovery and Reinvestment Act (ARRA). The widening network of fiber is now boosting economic development, enhancing Internet connections in schools and libraries, improving health care delivery and wiring homes and small businesses in isolated places largely untouched by major broadband providers.

“With a little help from government, some local dollars, and community support, we can make a big difference in rural Washington.: – Justin Slack

The Lincoln County Public Development Authority (PDA) pursued public broadband access for Harrington with the notion it could draw people interested in a rural lifestyle to relocate their businesses there. Harrington didn’t fit the profile for service for a large private internet service provider (ISP), so the Lincoln PDA asked the library’s private ISP. Using fiber built by NoaNet, the local ISP was able to get high-speed Internet to become downtown Harrington’s provider.

NoaNet had been quick and rigorous to extend thousands of fiber miles across Washington State’s rural and underserved areas including Harrington. Federal stimulus grants help NoaNet expand that fiber network, connecting schools, hospitals, emergency responders, libraries, colleges and universities statewide. For Harrington, funding from local tax revenue allowed the PDA to purchase needed equipment, the provider installed it and committed to maintain service to the downtown area. The project went live within two years of planning and Harrington had gigabit internet service with equipment purchased, owned, and operated locally, a less than $10,000 cost to the PDA.

“We’ve never looked at the other businesses in town as competition. It’s always been complimentary to each other. The more people we can bring to town the better for us. We’re all here to work together and we’re all here to support each other, we’re not here to compete.” – Heather Slack

And county planners had it right. Broadband indeed drew new talent and business to town. Seeking a gentler pace of life in a rural setting, Justin Slack, his wife Heather, and their kids moved to Harrington from Seattle in 2013. Mr. Slack was able to use the high speed connection available to keep his career as his commercial property appraiser. In 2017, he and Heather opened up a coffee shop at the site of the old post-office, The Post and Office, and with high speed connections, in the back it offers the community co-working space. Here, local residents can maintain their urban jobs with such employers as Microsoft and Indeed.com, fueling rural economies with big city earnings. The Slacks’ business exemplifies how rural broadband not only makes their business run, but also spurs others’ livelihoods.

Being part of the community nucleus also resulted in Justin Slack eventually becoming Mayor of Harrington. He has been a staunch advocate of rural broadband and the opportunities it brings to communities like his, thanks to the infrastructure initiated by NoaNet.